Cryptography plays an especially important role in securing the user's data - even more so in a mobile environment, where attackers having physical access to the user's device is a likely scenario. This chapter provides an outline of cryptographic concepts and best practices relevant to mobile apps. These best practices are valid independent of the mobile operating system.

The goal of cryptography is to provide constant confidentiality, data integrity, and authenticity, even in the face of an attack. Confidentiality involves ensuring data privacy through the use of encryption. Data integrity deals with data consistency and detection of tampering and modification of data. Authenticity ensures that the data comes from a trusted source.

Symmetric-key encryption algorithms use the same key for both encryption and decryption. This type of encryption is fast and suitable for bulk data processing. Since everybody who has access to the key is able to decrypt the encrypted content, this method requires careful key management.

Hashing isn't a form of encryption, but it does use cryptography. Hash functions deterministically map arbitrary pieces of data into fixed-length values. It's easy to compute the hash from the input, but very difficult (i.e. infeasible) to determine the original input from the hash. Hash functions are used for integrity verification, but don't provide an authenticity guarantee.

Message Authentication Codes (MACs) combine other cryptographic mechanisms (such as symmetric encryption or hashes) with secret keys to provide both integrity and authenticity protection. However, in order to verify a MAC, multiple entities have to share the same secret key and any of those entities can generate a valid MAC. HMACs, the most commonly used type of MAC, rely on hashing as the underlying cryptographic primitive. The full name of an HMAC algorithm usually includes the underlying hash function's type (for example, HMAC-SHA256 uses the SHA-256 hash function).

Signatures combine asymmetric cryptography (that is, using a public/private key pair) with hashing to provide integrity and authenticity by encrypting the hash of the message with the private key. However, unlike MACs, signatures also provide non-repudiation property as the private key should remain unique to the data signer.

Key Derivation Functions (KDFs) derive secret keys from a secret value (such as a password) and are used to turn keys into other formats or to increase their length. KDFs are similar to hashing functions but have other uses as well (for example, they are used as components of multi-party key-agreement protocols). While both hashing functions and KDFs must be difficult to reverse, KDFs have the added requirement that the keys they produce must have a level of randomness.

When assessing a mobile app, you should make sure that it does not use cryptographic algorithms and protocols that have significant known weaknesses or are otherwise insufficient for modern security requirements. Algorithms that were considered secure in the past may become insecure over time; therefore, it's important to periodically check current best practices and adjust configurations accordingly.

Verify that cryptographic algorithms are up to date and in-line with industry standards. Vulnerable algorithms include outdated block ciphers (such as DES and 3DES), stream ciphers (such as RC4), hash functions (such as MD5 and SHA1), and broken random number generators (such as Dual_EC_DRBG and SHA1PRNG). Note that even algorithms that are certified (for example, by NIST) can become insecure over time. A certification does not replace periodic verification of an algorithm's soundness. Algorithms with known weaknesses should be replaced with more secure alternatives.

Inspect the app's source code to identify instances of cryptographic algorithms that are known to be weak, such as:

The names of cryptographic APIs depend on the particular mobile platform.

Please make sure that:

The following algorithms are recommended:

For more information on algorithm choice and best practices, see the following resources:

Even the most secure encryption algorithm becomes vulnerable to brute-force attacks when that algorithm uses an insufficient key size.

The security of symmetric encryption and keyed hashes (MACs) depends on the secrecy of the key. If the key is disclosed, the security gained by encryption is lost. To prevent this, never store secret keys in the same place as the encrypted data they helped create. A common mistake is encrypting locally stored data with a static, hardcoded encryption key and compiling that key into the app. This makes the key accessible to anyone who can use a disassembler.

Hardcoded encryption key means that a key is:

First, ensure that no keys or passwords are stored within the source code. This means you should check native code, JavaScript/Dart code, Java/Kotlin code on Android and Objective-C/Swift in iOS. Note that hard-coded keys are problematic even if the source code is obfuscated since obfuscation is easily bypassed by dynamic instrumentation.

If the app is using two-way SSL (both server and client certificates are validated), make sure that:

Secret keys must be stored in secure device storage whenever symmetric cryptography is used in mobile apps. For more information on the platform-specific APIs, see the "Data Storage on Android" and "Data Storage on iOS" chapters.

Ensure that passwords aren't directly passed into an encryption function. Instead, the user-supplied password should be passed into a KDF to create a cryptographic key. Choose an appropriate iteration count when using password derivation functions. For example, NIST recommends an iteration count of at least 10,000 for PBKDF2 and for critical keys where user-perceived performance is not critical at least 10,000,000. For critical keys, it is recommended to consider implementation of algorithms recognized by Password Hashing Competition (PHC) like Argon2.

It is fundamentally impossible to produce truly random numbers on any deterministic device. Pseudo-random number generators (RNG) compensate for this by producing a stream of pseudo-random numbers - a stream of numbers that appear as if they were randomly generated. The quality of the generated numbers varies with the type of algorithm used. Cryptographically secure RNGs generate random numbers that pass statistical randomness tests, and are resilient against prediction attacks (e.g. it is statistically infeasible to predict the next number produced).

Inventing proprietary cryptographic functions is time consuming, difficult, and likely to fail. Instead, we can use well-known algorithms that are widely regarded as secure. Mobile operating systems offer standard cryptographic APIs that implement those algorithms.

Carefully inspect all the cryptographic methods used within the source code, especially those that are directly applied to sensitive data. All cryptographic operations should use standard cryptographic APIs for Android and iOS (we'll write about those in more detail in the platform-specific chapters). Any cryptographic operations that don't invoke standard routines from known providers should be closely inspected. Pay close attention to standard algorithms that have been modified. Remember that encoding isn't the same as encryption! Always investigate further when you find bit manipulation operators like XOR (exclusive OR).

At all implementations of cryptography, you need to ensure that the following always takes place:

Advanced Encryption Standard (AES) is the widely accepted standard for symmetric encryption in mobile apps. It's an iterative block cipher that is based on a series of linked mathematical operations. AES performs a variable number of rounds on the input, each of which involve substitution and permutation of the bytes in the input block. Each round uses a 128-bit round key which is derived from the original AES key.

As of this writing, no efficient cryptanalytic attacks against AES have been discovered. However, implementation details and configurable parameters such as the block cipher mode leave some margin for error.

Block-based encryption is performed upon discrete input blocks (for example, AES has 128-bit blocks). If the plaintext is larger than the block size, the plaintext is internally split up into blocks of the given input size and encryption is performed on each block. A block cipher mode of operation (or block mode) determines if the result of encrypting the previous block impacts subsequent blocks.

​ECB (Electronic Codebook) divides the input into fixed-size blocks that are encrypted separately using the same key. If multiple divided blocks contain the same plaintext, they will be encrypted into identical ciphertext blocks which makes patterns in data easier to identify. In some situations, an attacker might also be able to replay the encrypted data.

Verify that Cipher Block Chaining (CBC) mode is used instead of ECB. In CBC mode, plaintext blocks are XORed with the previous ciphertext block. This ensures that each encrypted block is unique and randomized even if blocks contain the same information. Please note that it is best to combine CBC with an HMAC and/or ensure that no errors are given such as "Padding error", "MAC error", "decryption failed" in order to be more resistant to a padding oracle attack.

When storing encrypted data, we recommend using a block mode that also protects the integrity of the stored data, such as Galois/Counter Mode (GCM). The latter has the additional benefit that the algorithm is mandatory for each TLSv1.2 implementation, and thus is available on all modern platforms.

CBC, OFB, CFB, PCBC mode require an initialization vector (IV) as an initial input to the cipher. The IV doesn't have to be kept secret, but it shouldn't be predictable. Make sure that IVs are generated using a cryptographically secure random number generator. For more information on IVs, see Crypto Fail's initialization vectors article.

Please note that the usage of IVs is different when using CTR and GCM mode in which the initialization vector is often a counter (in CTR combined with a nonce). So here using a predictable IV with its own stateful model is exactly what is needed. In CTR you have a new nonce plus counter as an input to every new block operation. For example: for a 5120 bit long plaintext: you have 20 blocks, so you need 20 input vectors consisting of a nonce and counter. Whereas in GCM you have a single IV per cryptographic operation, which should not be repeated with the same key. See section 8 of the documentation from NIST on GCM for more details and recommendations of the IV.

Note: AES-CBC with PKCS #5 has shown to be vulnerable to padding oracle attacks as well, given that the implementation gives warnings, such as "Padding error", "MAC error", or "decryption failed". See The Padding Oracle Attack and The CBC Padding Oracle Problem for an example. Next, it is best to ensure that you add an HMAC after you encrypt the plaintext: after all a ciphertext with a failing MAC will not have to be decrypted and can be discarded.

When memory dumping is part of your threat model, then keys can be accessed the moment they are actively used. Memory dumping either requires root-access (e.g. a rooted device or jailbroken device) or it requires a patched application with Frida (so you can use tools like Fridump). Therefore it is best to consider the following, if keys are still needed at the device:

Note: given the ease of memory dumping, never share the same key among accounts and/or devices, other than public keys used for signature verification or encryption.

When keys need to be transported from one device to another, or from the app to a backend, make sure that proper key protection is in place, by means of an transport keypair or another mechanism. Often, keys are shared with obfuscation methods which can be easily reversed. Instead, make sure asymmetric cryptography or wrapping keys are used.

Cryptographic APIs on Android and iOS

While same basic cryptographic principles apply independent of the particular OS, each operating system offers its own implementation and APIs. Platform-specific cryptographic APIs for data storage are covered in greater detail in the "Data Storage on Android" and "Testing Data Storage on iOS" chapters. Encryption of network traffic, especially Transport Layer Security (TLS), is covered in the "Android Network APIs" chapter.

In larger organizations, or when high-risk applications are created, it can often be a good practice to have a cryptographic policy, based on frameworks such as NIST Recommendation for Key Management. When basic errors are found in the application of cryptography, it can be a good starting point of setting up a lessons learned / cryptographic key management policy. 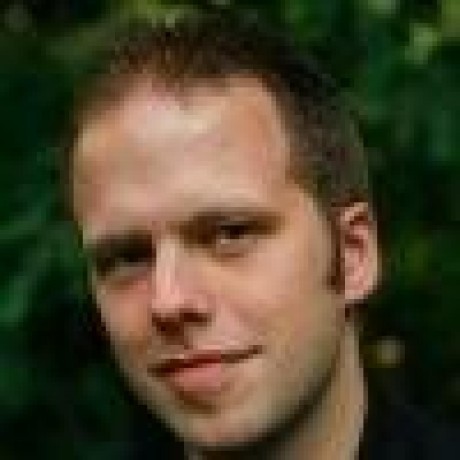